Expectations For Our Children And For Our Adults

I have noticed a big shift in parenting - and it is one that saddens me.  Children of this era are not only being raised by computers, televisions, and electronic toys - but they are also being raised with diminished manners, and an overall disregard for their fellow humans.

In a previous post, I noted what my expectations are for my child for her future life (mainly to be a  independent, self-sufficient, and happy adult with a good moral compass).  I still feel that those are really what the governors for her life should be.

However, I am noticing a on-going (and alarming) trend in our youth which really now continues on up into the adult ranks.  That trend is what appears to be a total lack of respect for other people, governing rules, and property.  Not only have please and thank-you's started disappearing, but so have any signs of empathy or caring.  This is most noticeable when driving!  I live out in the suburbs (almost rural).  The majority of the roads have stop signs.  The number of cars NOT stopping at stop signs has been increasing.  And when cars do stop, there appears to be total lack of concern for whom arrived first and I've seen quite a few cars charging through the intersections out of turn, coming ever-closer to causing accidents.

Even worse is what the humble pedestrian must endure!  Woe to them if they are trying to cross the road during high traffic times!  These poor drivers are setting bad examples for their children and for the children in other cars that are witnessing them fail to follow the traffic rules - and if you think the kids aren't paying attention - YOU ARE WRONG!! They see the things the adults do and begin to follow the "if you don't get caught, you're not wrong" mentality.


Ok looking at the above paragraph, I realize it reads like I'm an old lady...and I'm not (at least not to me!)... I'm in my late 40's and am just trying to comprehend the reality I'm living in.


Traffic issues are just a small point.  But the "if you don't get caught, you're not wrong" mentality IS a big issue.  Lots of parents at our local schools are "helping" their kids with homework (in my day that was cheating).  I've heard parents at our local pool telling their kids to ignore the rules unless they get caught.  I even know of a parent who has taken her 4th-grader and a couple of friends to the local Target store and left them their for several hours while she did other things (and NO she didn't leave them a cell phone or give them a way to communicate with her).  I'm pretty sure Target wouldn't approve of that - I know I would be appalled if I found out my child had been left there! 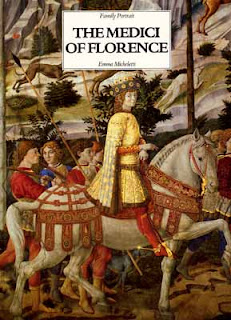 All of these poor behavior examples are observed by our children who absorb it and then start to apply it to their own lives AND all of these examples point to that mentality of "if you don't get caught, you're not wrong".... which is really just a modern day version of the Machiavellian and Medici concept of "The End Justifies The Means".  History showed us the Medici mentality gave them free reign to hurt and kill many people - is that really what we're wanting for our children to learn and emulate?  And why are so many adults seeming to walk down that path??

Is it video games?  Is it the lack of corporal punishment in schools as well as at home?  Is it having multiple caregivers causing a lack of parent-child attachment?  Is it the Democrats - or the Republicans?  Is it the poisoning of our environment?  Is it greed, too much television, or the devil?   Or is it that we humans always been this way - but thanks to the information age, it now is just more visible?

It is ironic that we seem to be having a huge up-swelling of disrespectful adults while we also have an increasing number of baby-boomer adults who will need hands-on care as they continue to age.  PLUS we have a huge number of autism-spectrum children (and other behavior issues) that are increasing each year in our schools and will soon be out of the school systems and requiring part or full-time care.   Who will be caring for all of the elderly and for the special-needs adults?  Probably not adults who have no respect for other people!  Perhaps I'm just being an alarmist, but I truly find it sad that empathy, sympathy, and respect appear to be undesirable traits.